Despite my living in the Netherlands for as long as I have, and despite the fact that I do, in fact, know how to ride a bike, until last week it's been over two years since I was last on one.  My little ball-and-chain kidlet goes just about everywhere with me, so if I wanted to go somewhere on a bike I would have to, by necessity, take him with me.  And, well, given my history of interesting falls--one of which landed me in the huisartspost (less-emergent-emergency room) and got me four stitches--that was not going to happen on our clunker, where parts of the frame have rusted clean through and the brakes let out a terrifying screech every time you so much as slow down.

So I shelled out some pretty euros for this pretty sturdy bike (the red version).  It is, I believe, a touring bike--but I didn't really know that when I bought it off of Marktplaats (of course).  It was a nice Gazelle bike, in good working order, so I made a bid (€175, if you must know) and luckily it was accepted before someone else made a higher one.  No, used bikes are not necessarily cheap bikes.  And having ridden my share of clunkers in the past, I've learned that when it comes to a good stable ride with functional derailleurs and working brakes, you  tend to get what you pay for.  And since I wanted a bike with a good smooth ride and working brakes, well, I had to shell out. 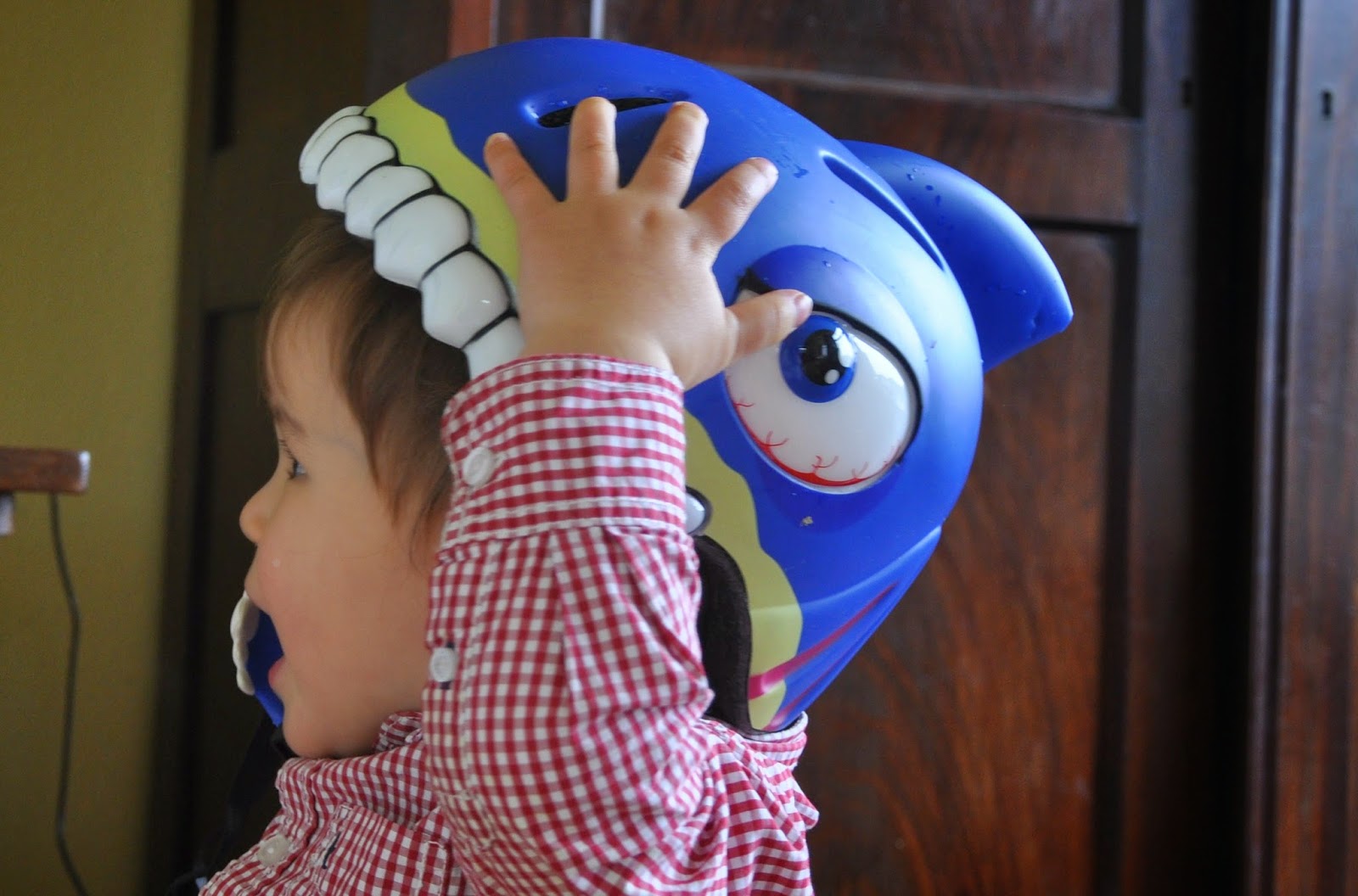 I also managed to obtain a kidlet seat--one that sits on the back of the bike--for not too much more, and after a bit of tinkering, I managed to attach the kidlet seat to the bike.  Even so, like I said, given my history of interesting falls, my heart was in my throat when I took him out on the bike for the first time, for the entire 10 minutes it took me to get to the Jan Kooij 2Wielers (keep in mind it's only a five-minute ride) so that I could purchase a helmet for him.  It was a floor model--I personally would have preferred something more classic, but the price difference trumped my sense of aesthetics.   And besides, at his age, well, I can't say it doesn't look ridicuolously cute on him.  With that, and a second bike lock--I am not the only discerning fietser in the country, and it's pretty much a given that, if your bike isn't secured with at least two locks, it's going to get stolen--I was all set. With kidlet properly protected against head trauma, it's still a fairly terrifying experience taking him on the bike, but it's not so bad that I've ever said, "Fuck this," and opted for the bus. Because honestly, being chained to a bus schedule sucks and even though the bike and everything else cost me a small fortune, this week alone has made having them worthwhile.

Kidlet, being half Dutch, took to the bike seat like a duck to water.  He was a little worried at first, but once I started riding the bike he seemed to enjoy himself immensely.  For his initiation ride--after I bought him the helmet--we visited friends in Aldenhof.  On our way back, he fell asleep--in the driving rain, despite the potholes and all of the drempels that clog up the smaller side streets.  A more Dutch initiation into bikes simply isn't possible.

Posted by Jules at 12:52 PM No comments: Links to this post